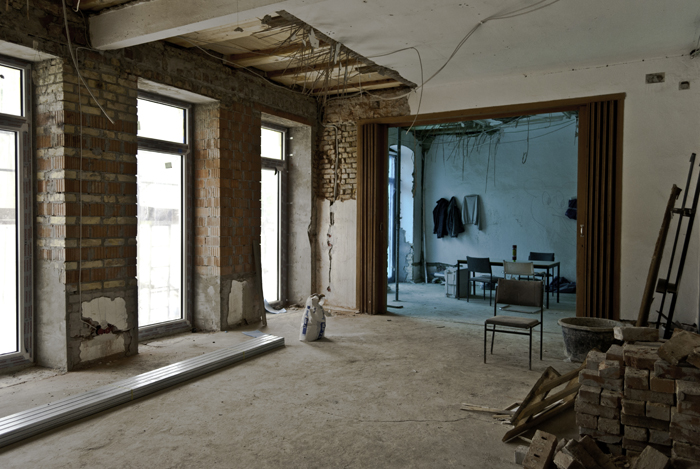 General Public is an independent project space run by a group of cultural workers (visual artists, curators, among others) based in Berlin. General Public was founded in Fall 2005 and has since produced a number of exhibitions, artist presentations, discussions, film screenings and performances. In addition to its own program General Public occasionally serves as a host for related external activities and projects.

General Public aims to install and uphold a collaborative, process-related, informal platform for open thought, information exchange, spatial experiments. It takes a transdisciplinary approach to reflect on contemporary visual and auditive culture. Although operating within an international network, General Public’s activities are always informed by and related to its local context and situation. Far from eyeing out individuals and the market’s usual taxations, direct involvement in contemporary creation and discourse on the level of production  – paradoxically – ensures critical distance to take positions within what is going on around us culturally and socially.

The activities of General Public are structured into distinct series (DISK Sessions, Originalfassung, Oscillation etc), and an irregular program of exhibitions, screenings, performances, workshops, lectures and presentations. In 2010 General Public created an additional studio space for production and residencies.