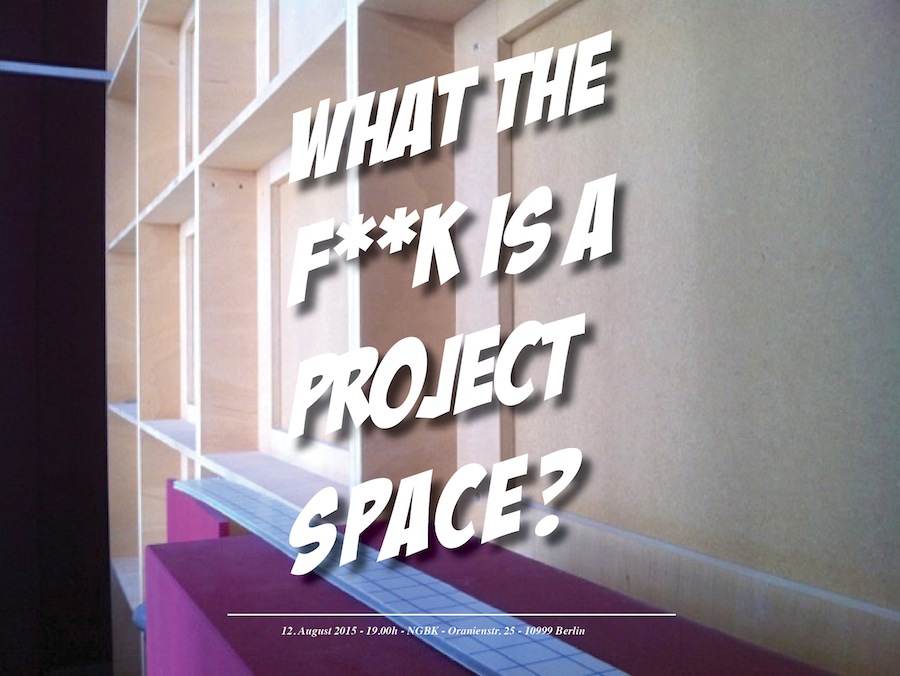 Project spaces are everywhere. Seventy of them applied to take part in this year’s Project Space Festival. Thirty have been invited to attend. But how are the other forty dealing with being left out? Don’t such inclusion/exclusion scenarios bear a worrying resemblance to the elitist selection procedures for art fairs? Or is the unbridled professionalization of a young generation of artists and curators causing the project space to drift increasingly into the orbit of galleries and institutions in any case?

Unfortunately, there is no predefined correct way for a project space to approach such co-opting tendencies: Isolation? Openness? Unconditional opportunism?

Whereas the history of project spaces in Berlin in particular can be read as politically motivated to a large degree – opposing gentrification and the systematic expansion of the neoliberal city, but also resisting the permanent dismantling of free spaces that had developed over many years – the project space scene in 2015 seems to be rather different.

But what caused this change? The Project Space Prize and freshly injected cash from the City Tax? Or an ever-growing audience that finds (or rediscovers) in the art world the spectacle that had long since been absorbed by late capitalism’s pressure to conform and manufacture consensus?

Herewith we want to discuss the current state of the project space. What does the term project mean today? And which efforts are needed to keep the project alive, to keep it running? But above all, how can these many dispositions, varied needs and interests be discussed under a single definition of the project space? And what would be the best form for a discourse emerging from these questions?

The invited participants will explain their positions, after which the panel will be opened up into a roundtable discussion with all project space organizers present and the audience.

The event will be held in German. 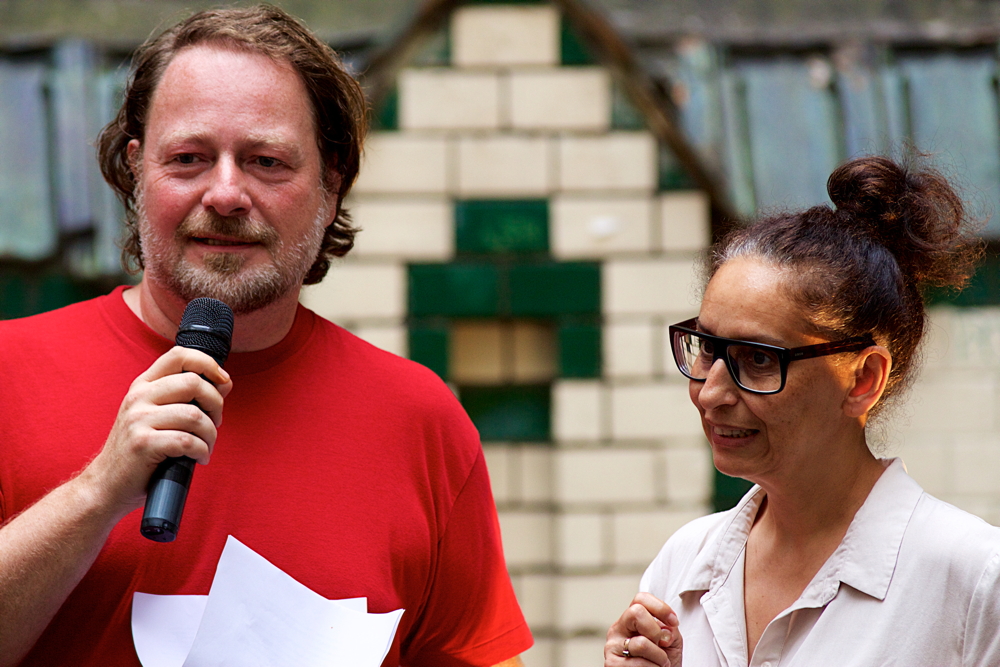 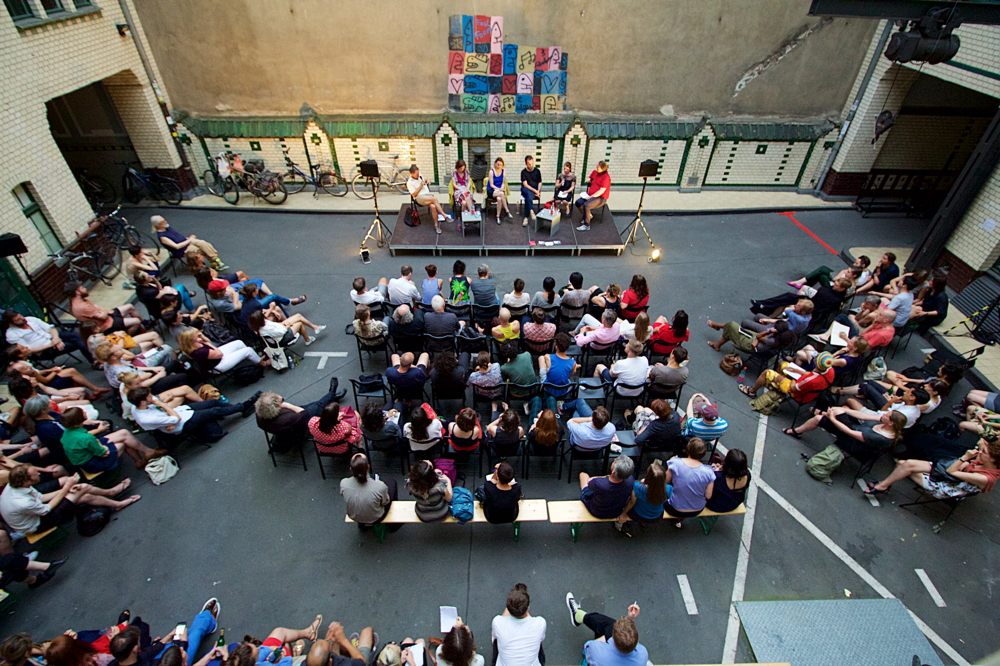 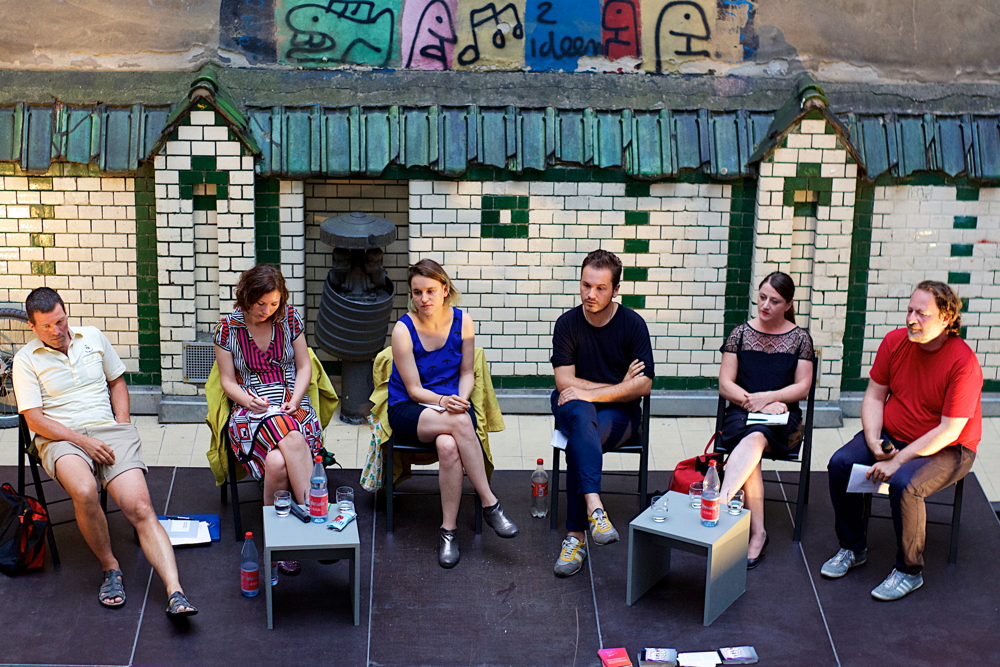 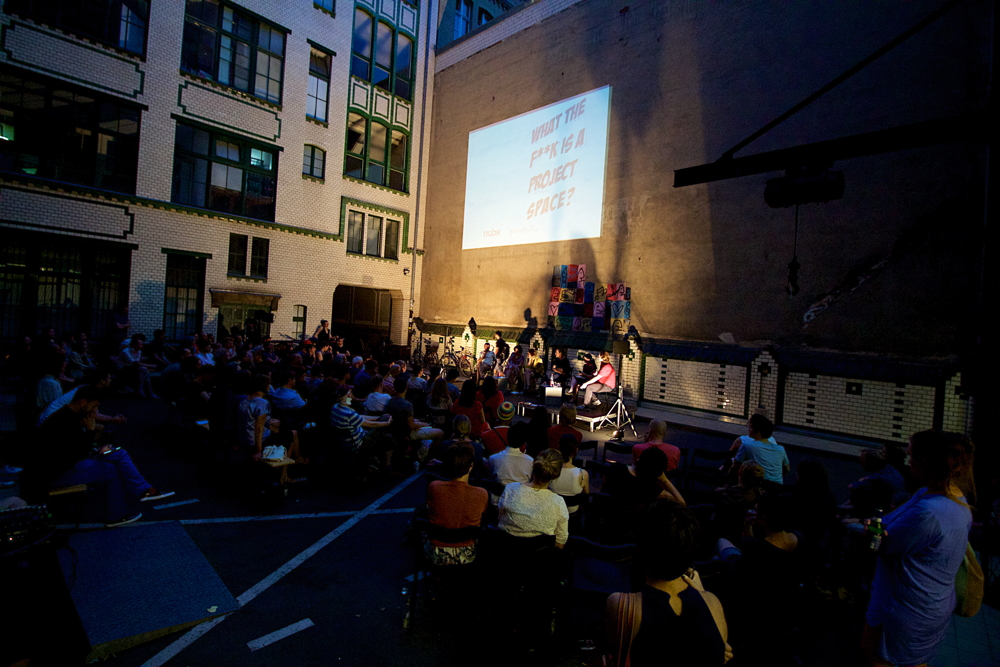 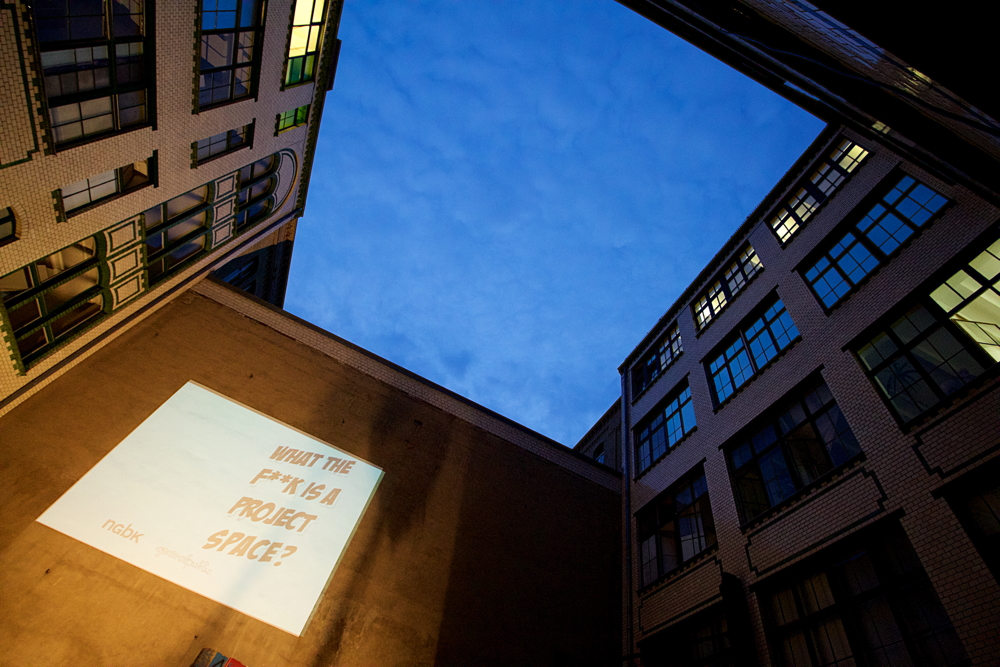