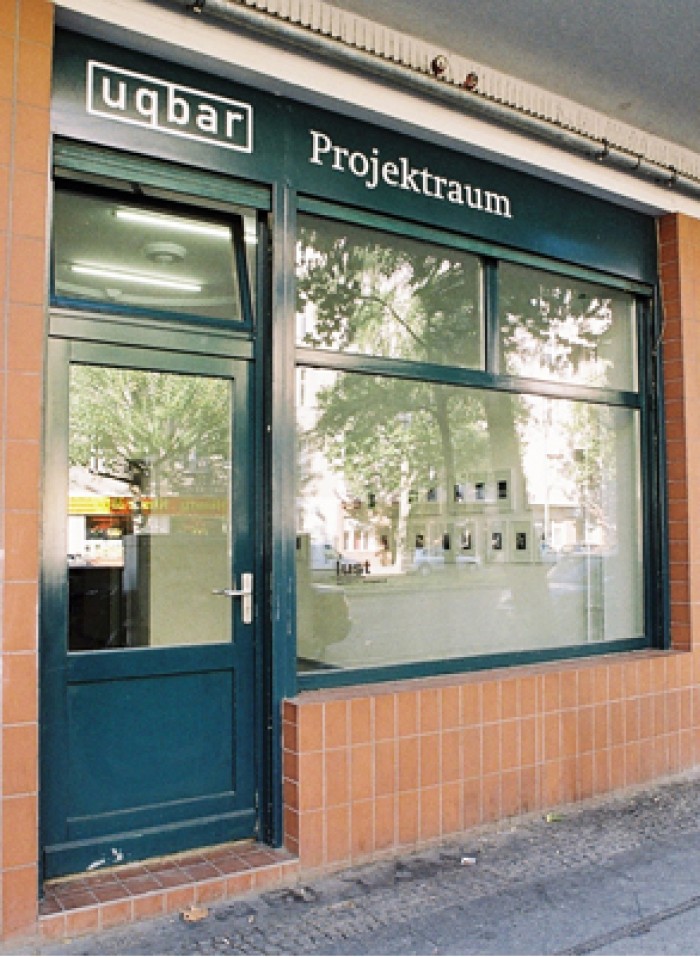 In spring 2007 cultural producers Dorothee Bienert, Dortje Drechsel, Marina Sorbello and Antje Weitzel opened to the public the project space uqbar in Berlin-Wedding, a multifunctional space for exhibitions, meetings, presentations, seminars, conferences, screenings and workshops, featuring Berlin based and international artists. Until 2012, the program of the space was organized collectively. Since 2013 Antje Weitzel is curating and organising the exhibition program.
The project space uqbar is a derivation from the non-profit art association Uqbar – Society for Representation Research, founded in 2004 as platform for interdisciplinary projects and international cooperation. Uqbar e.V. aims at promoting contemporary art and culture, above all implementing, supporting and hosting projects, which dedicate themselves to the research and promotion of experimental, interdisciplinary artistic and cultural practices in the international context.
The name uqbar was taken from a short story by the writer Jorge Luis Borges (1899-1986). In Borges’ “Tlön, Uqbar, Orbis Tertius” (1940) the word “uqbar” is an entry in a fictitious encyclopaedia. The word is a construct, a letter combination without meaning, used by the author in order to show how knowledge and meaning are constructed.