The Berlin of the 1990s, with its occupied houses, temporary autonomous zones, and anarchistic playgrounds, bore close similarity to the open internet which emerged at the same time. Back then, the possibilities cyber space offered to geeks and nerds seemed to be infinite. Neither NSA surveillance nor commercialization had yet reached into the digital sphere.

This offline situation constituted – at least in Berlin – the ideal biotope for the art and techno scene to prosper. But it also meant that the city became increasingly interesting to investors and real estate agents, leading eventually to the gentrification of those very places. Unlike in the 90s in Berlin, in the online world of the same period only a handful of net artists came forward to claim digital space. It was only in the early 00s with the rise of web 2.0 – a more user-friendly, but also a commercial and centralized version of the internet – that substantially more net artworks emerged. Tumblr, Flickr, WordPress and Instagram made it easier to put net artworks on display and provide infrastructures to reach followers.

Both on- and offline, formerly autonomous zones have undergone changes shaped by commercialization, regulation, and increased surveillance and censorship. Instagram, for example, forbids images of period blood and female nipples, while monetizing users’ information without giving them an alternative to opt out. In the physical realm of Berlin, erstwhile autonomous zones such as project spaces are often either forced to close down, professionalize or be pushed to the peripheries of the city. 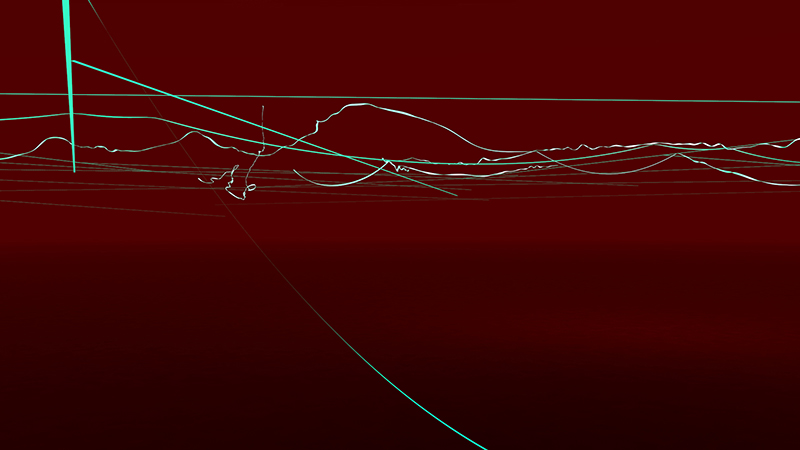 Online, a system has been created to reclaim aspects of the internet’s former ideals of decentralization and autonomy, namely through blockchain. This means that net art has a new chapter ahead of it in which it can be displayed in less restrictive contexts. In the wake of the 2008 financial crisis, the cryptocurrency Bitcoin emerged together with blockchain, on which is based. Blockchain allows for transparent, decentralized structures. Soon startups jumped on the bandwagon, building tools that can ascribe energy, art, votes or cars to blockchain tokens. By doing this they aim to circumvent the power of central banks, institutions, big energy enterprises or even nation-states. Trust and ownership is guaranteed through a transparent distributed ledger, which can be seen by anyone included on the blockchain. Transactions on any blockchain can only be made with the approval of the majority of its participants.

For example, the startup Ascribe assigns net artworks to tokens on an open source blockchain. Once an artwork is ascribed to a token it will stay there, registered in an open ledger. Unlike early HTML artworks and countless WordPress and Tumblr collections, those works don’t have an expiry date, eventually to be forgotten among other emerging net artworks. This is interesting not only to collectors and investors, who are already baring their teeth, but also to digital artists themselves, since it provides a possibility to self-represent and sell their work online, affording a new form of digital authenticity to net art. Furthermore, their work is not restricted by centralized structures or institutions. 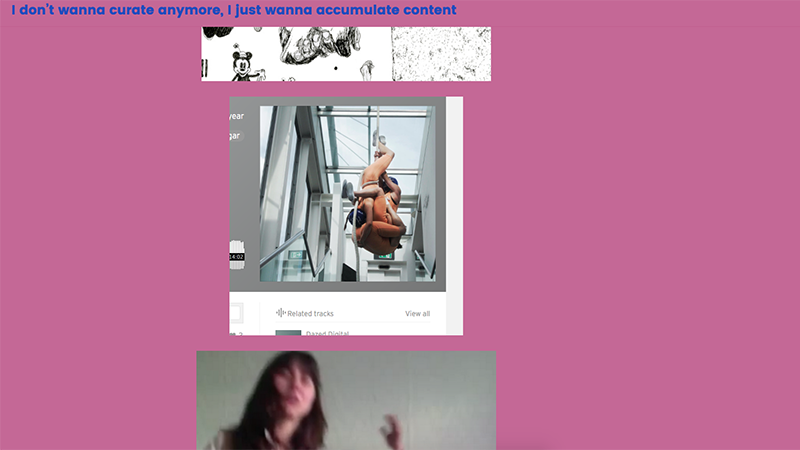 One of the pioneers in the field of net art is Harm van den Dorpel. The project he is currently developing with Left Gallery is, in opposition to the internet’s fastness, a slowly growing registry of online art works. The Artificial Intelligence artist decided to open an own online gallery not only for the love of net art, but also because traditional galleries and art spaces often have “no clue” how to put net art on online display, curate it, or even market it. By linking artworks through to blockchain, van den Dorpel explores a new untouched territory which enables artists to represent their work independently from central structures.

Self-proclaimed non-curator Àngels Miralda ironises this situation in her online exhibition Accumulate Content. Exhibiting online art is not always a cheap alternative to using physical space, but rather an artistic practice in and of itself. It shouldn’t be forgotten that the tokens on the blockchain represent a real value, which is backed by the computing power of blockchain miners – unlike, for example, the dollar, which is no longer backed by gold. Therefore using blockchain also inevitably means either paying for services such as Ascribe, or becoming a miner oneself (which is quite costly).

This year the Project Space Festival opened the Center of Minimum Distance, a meeting-point for Berlin’s project spaces. Maybe next year there will be a decentralized pavilion on a blockchain?

Marlene Ronstedt has a special interest in artistic expression on and about the internet and the politics surrounding it. She has been researching net art responses to dataveillance and internet biopolitics. Currently she is still indecisive which crypto-currency she should start mining.