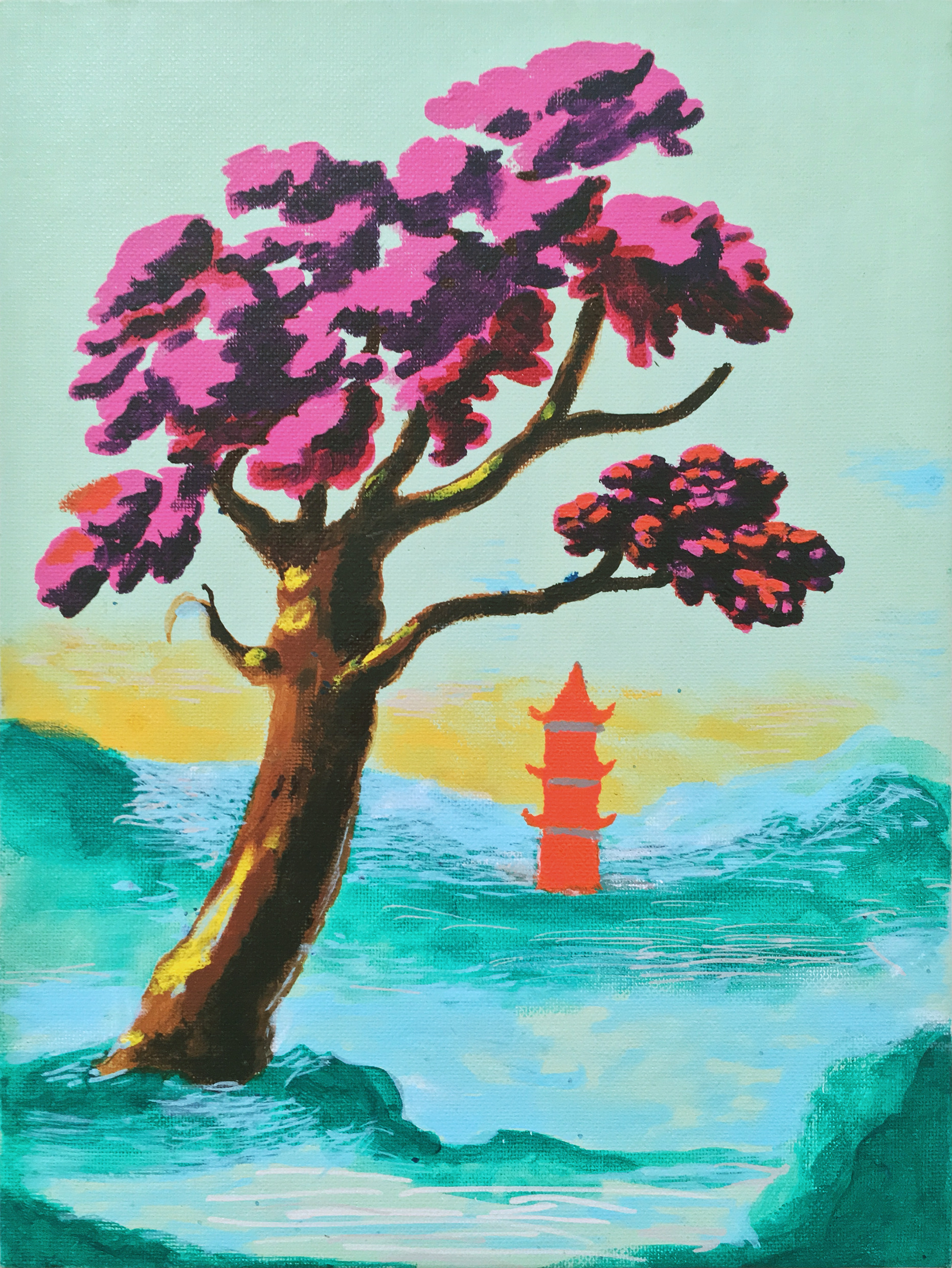 Australian painter Tony Clark presents drafts for a hypothetical Villa Sino-Turco-Romana. Employing an ironic and critical exploration of exoticism, installing Chinoserie alongside Turquerie, Clark establishes the cross-cultural bridge built between Australia and Germany. He thereby acknowledges the cultural impact of immigrant groups on immigration societies. The Villa brings into perspective the affluence a culture achieves, opening up to what might be perceived as “foreign,” only to ultimately recognize it as its own multifaceted identity. Australian dancer Shelley Lasica uses the Villa as her stage for her performance, Represent, making the paintings and their subjects her partners in dialogue. 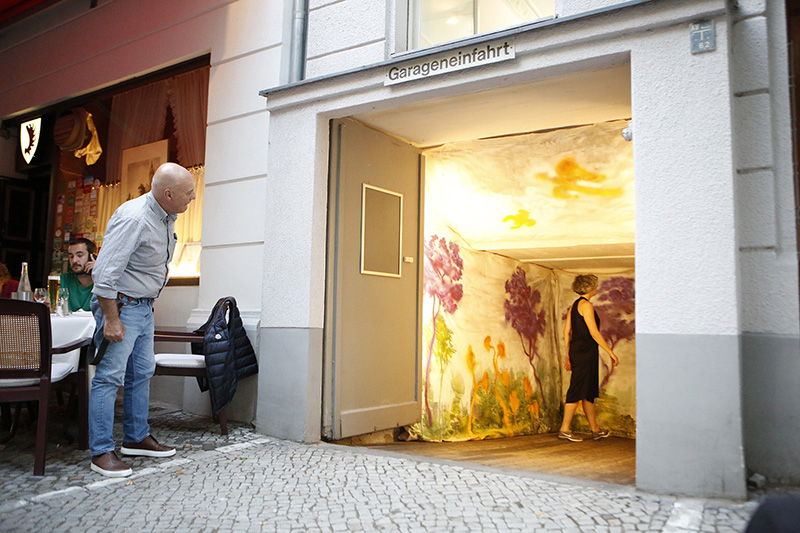 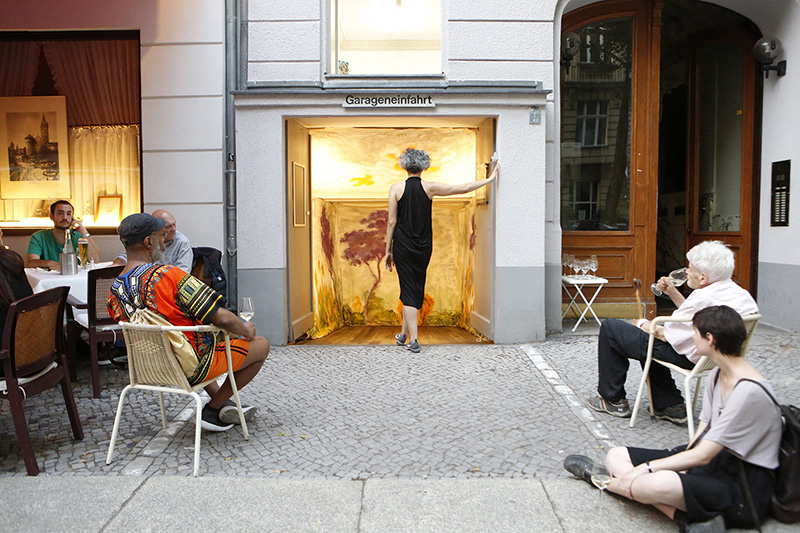 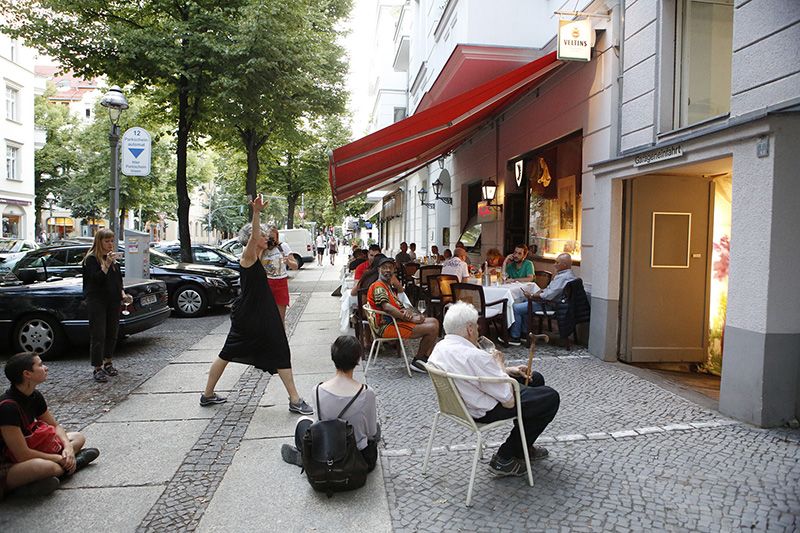 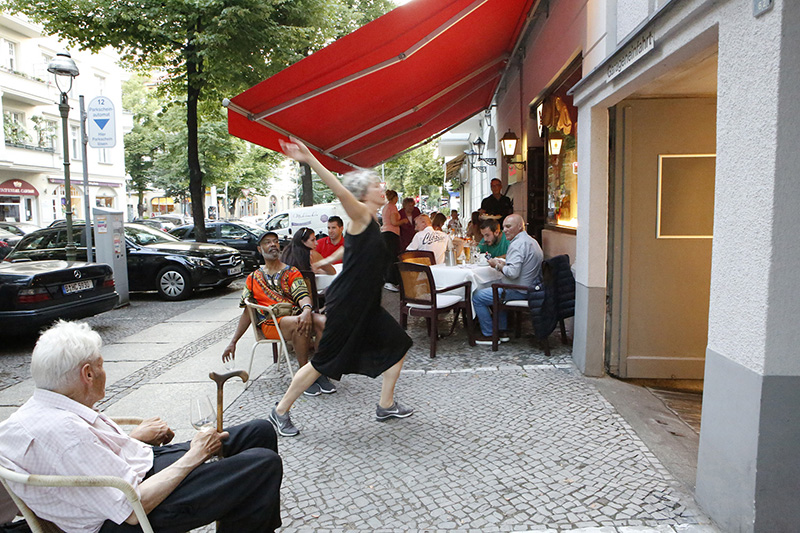 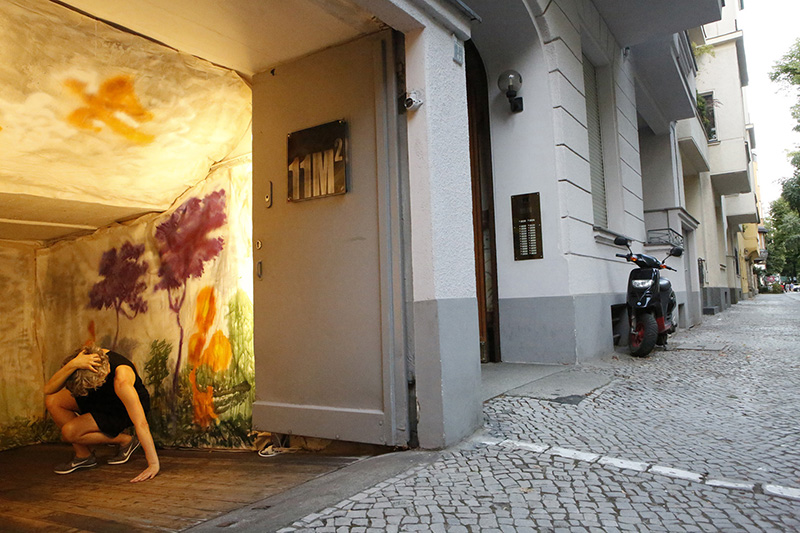 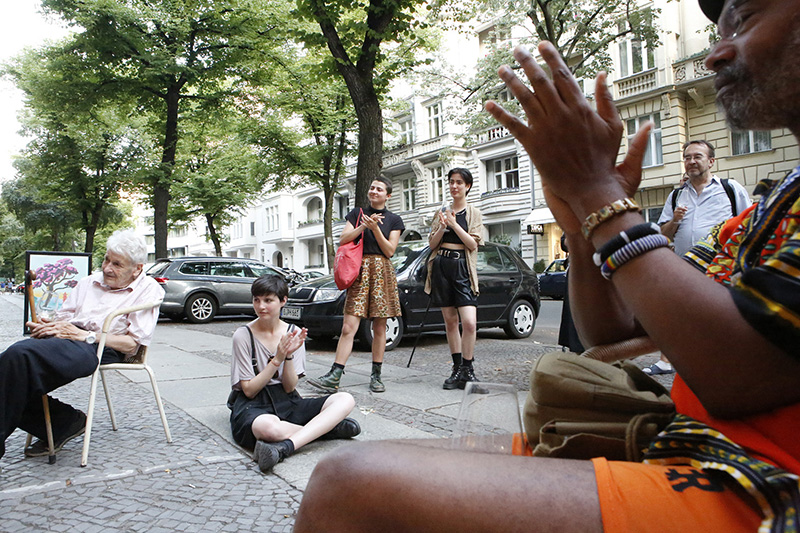 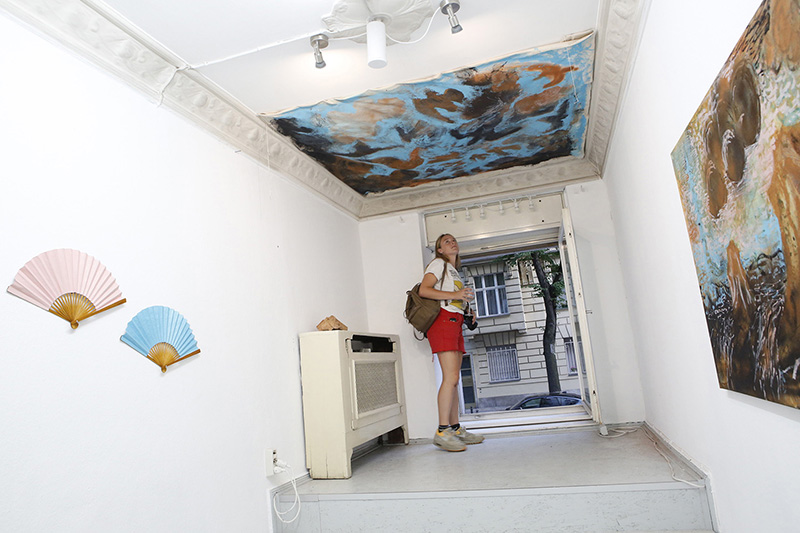 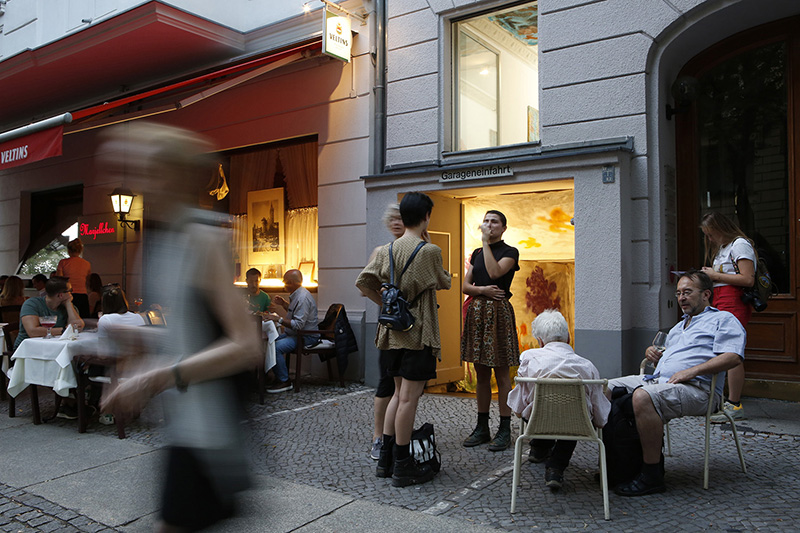