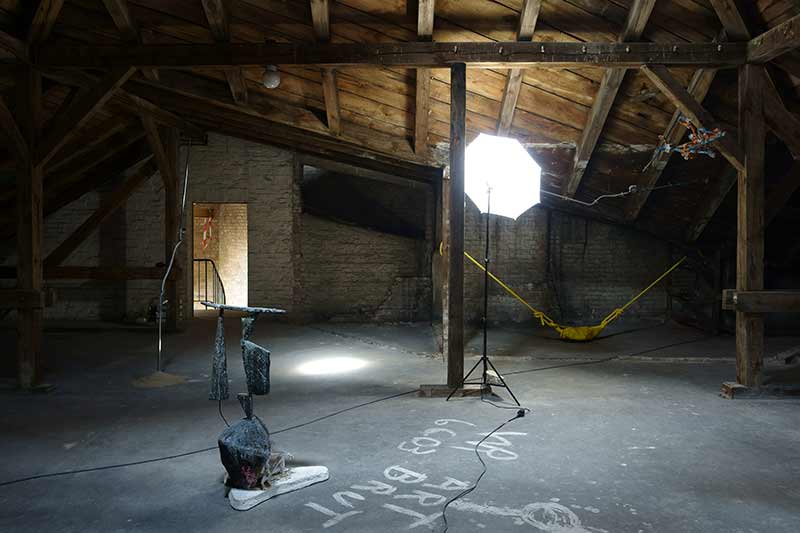 The project Comedy Club was founded in 2016 by Anne Fellner, Burkhard Beschow and Jens Einhorn. Various exhibitions with this name are planned at different locations (and in different cities). The name comes from the idea that artists, not unlike stand-up comedians, enter a stage with their art, where they express their views on conflicts that surround them. Thus the project presents art in a way akin to a performance. Comedy Club has no fixed premises. New venues are selected for each event with a focus on unusual or modest locations. The artists are invited to deal with the particular location and the idea of artistic improvisation. Comedy Club prioritizes artistic positions, which make do with simple means. The exhibitions of the Comedy Club are not curated in a strict sense, but benefit to a large extent from the initiative of all invited artists and the dynamics amongst them. The first Comedy Club featured twelve artistic positions (including the organizers themselves) and took place in the attic of an abandoned transformer station in Berlin-Neukölln during Berlin Gallery Weekend 2016. A conventional opening ceremony with drinks etc. was omitted; only the opening times were announced. The exhibition clearly had an improvised character, which was enhanced by its atmospheric location.