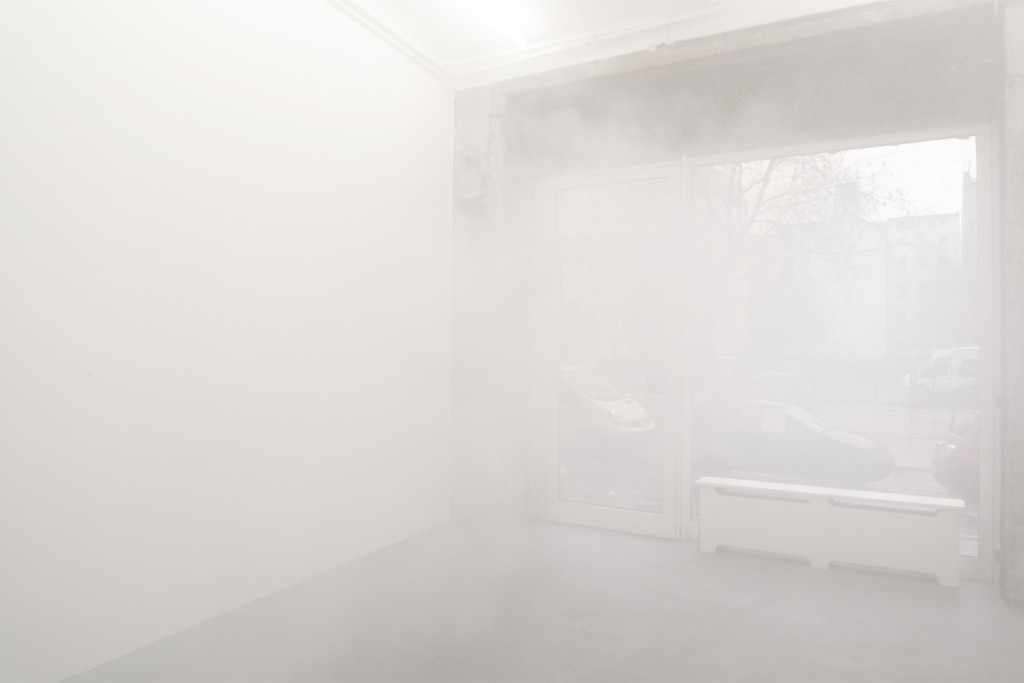 The space in which the performance takes place is first filled with thick fog. While the fog slowly dissipates, the artist Ivan Liovik Ebel reads a text about the passage from emptiness to space and about the stages that constitute the appearance of spatial dimensions: point, plane and shape in space. Slowly, the appearance of a first, and later second dimension is described to the audience, at the end of the performance the audience finds themselves in the room again. The passage between the different dimensions is not seen as a brutal jump, but as a very quiet experience, as a process that makes the intermediate stages almost visible. 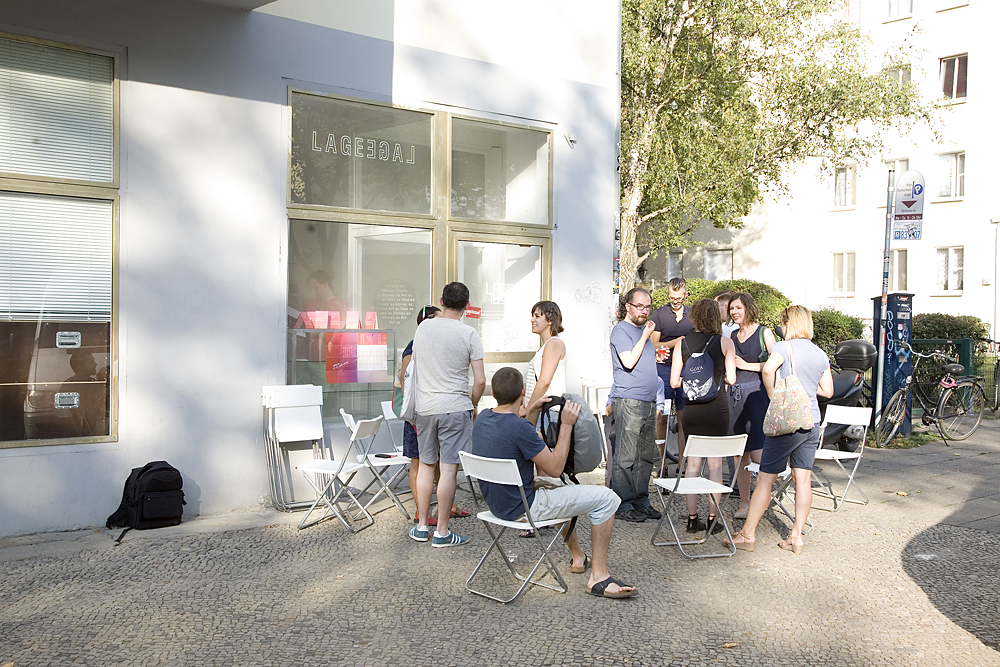 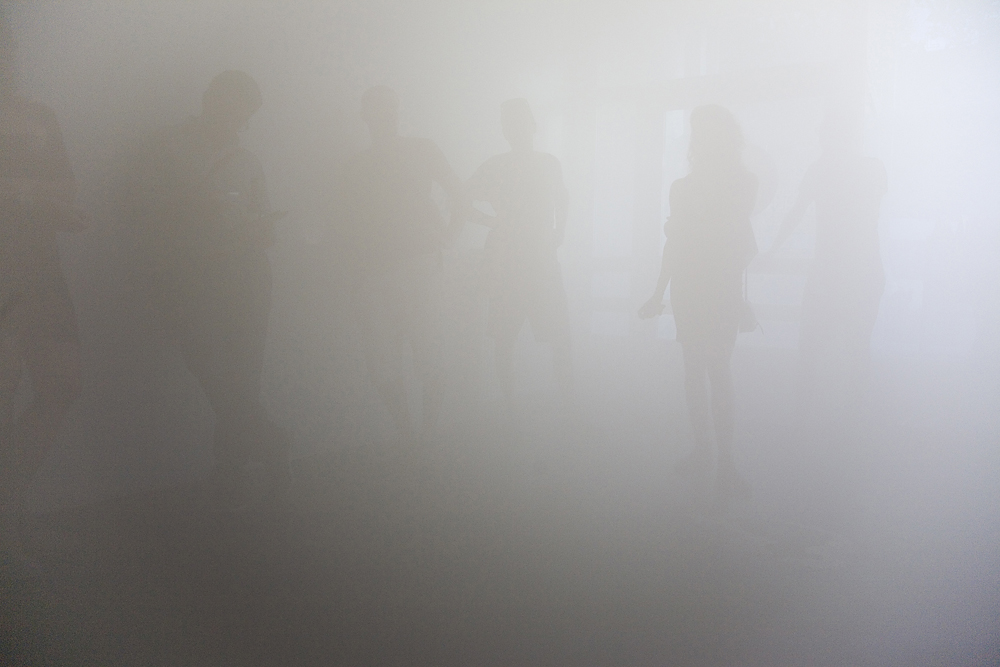 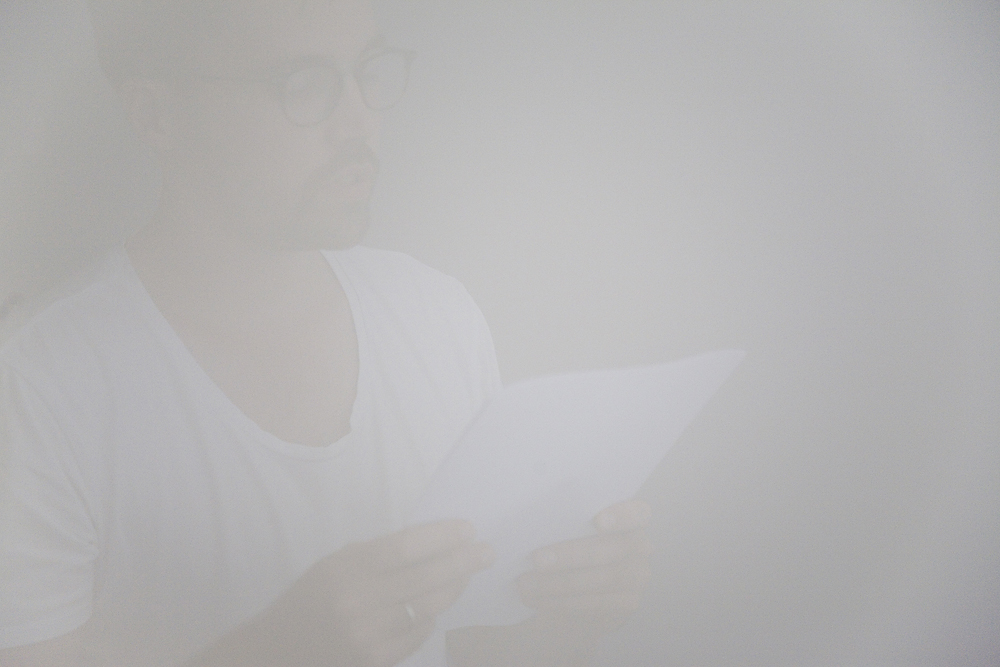 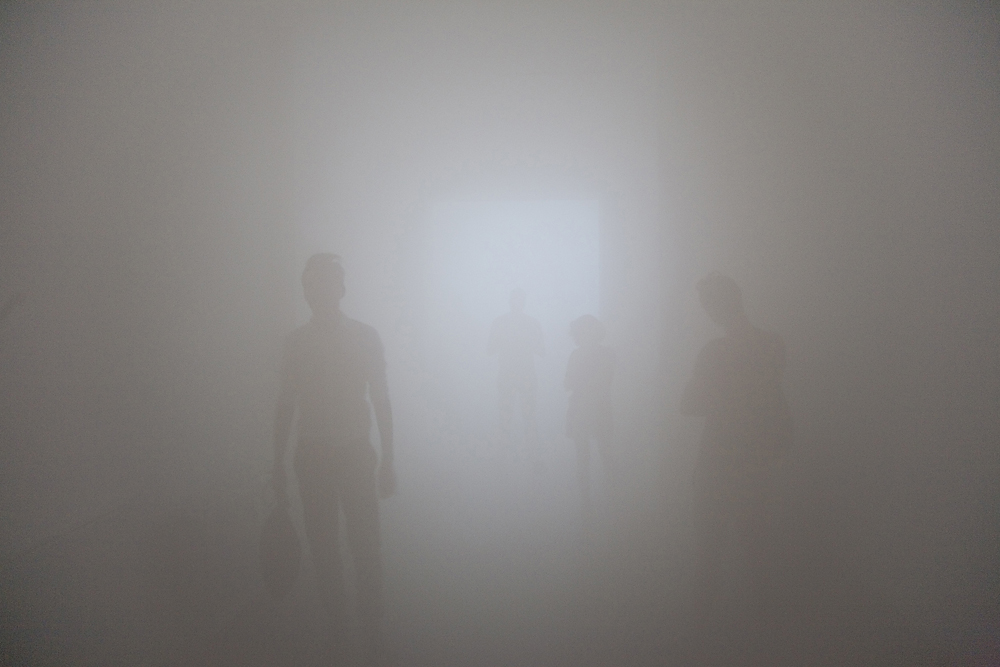 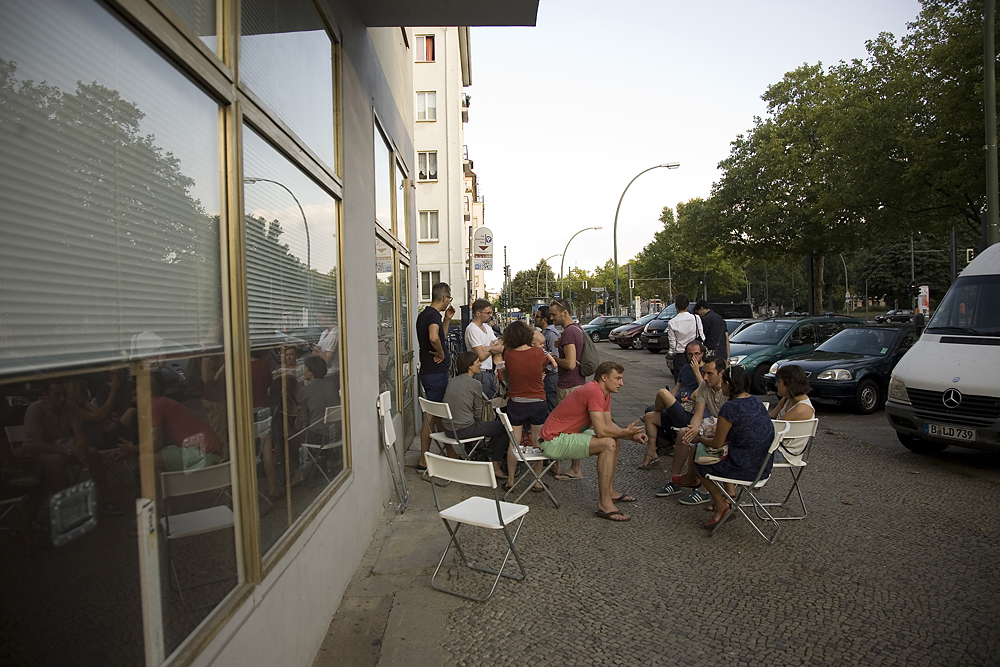