By info@projectspacefestival-berlin.com August 9, 2018 Uncategorized No Comments
2 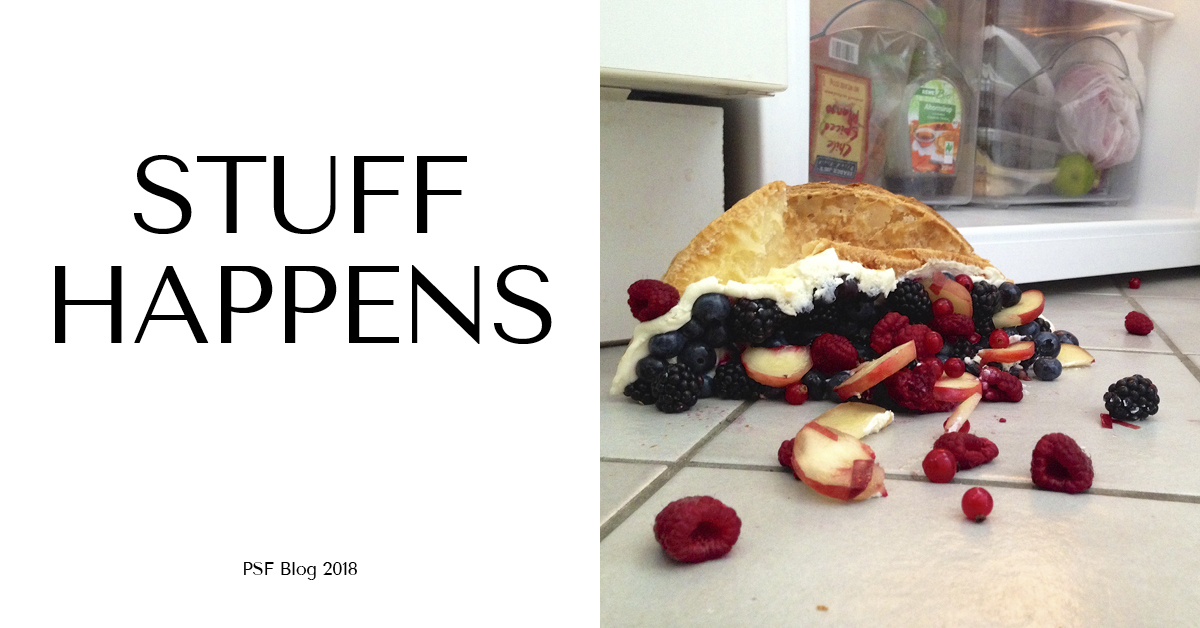 As in previous years, the participating spaces of the festival have been selected by a jury. But what about those that didn’t make the cut? An interview with April Gertler and Adrian Schiesser about their project space Sonntag, getting calls from the festival director, and the beautiful feeling of still being part of it all, somehow.

You’re in your sixth year with Sonntag. You’ve worked with over 60 artists, travelled internationally, and this year, you are also the recipient of the Project Space Award. Even so, did it still matter to you that you didn’t get selected by the jury for the Project Space Festival?

April: We’ve sort of been part of the festival since the beginning. Actually, Marie-josé Ourtilane, the director, was quite upset that we weren’t participating this year. She called to tell me upfront because she didn’t want us to just read it in an email. But it was okay for us, I guess because it came hot on the heels of winning the award. I think it’s important in general to be recognised by your peers, and we do feel like that is the case. When we told everyone that we had gotten the award, so many people replied and said: “You really deserve this.” That was a great feeling and it’s important to focus on that.

And yet that probably doesn’t make you immune to feeling upset when there’s a moment of rejection.
Adrian: Of course. It still affects you. We had applied four times for the Project Space Award before we finally got it, while several spaces have now already gotten it two or three times. And for me, not getting the prize for the second time was hard. There was a moment, where I was questioning whether to keep going.

Adrian: Well, it was really just brief moment. But that can take away your foundation, and you have to take a second to rebuild it.

It’s interesting that you would think about quitting the project rather than quitting the pursuit for the award.
Adrian: Yes, absolutely. But I just couldn’t avoid thinking like that. And it is sad that it does that to you – that it makes you question the worth of what you are doing. But you just have to go back to the audience and to the artists to regain confidence in what you do. I guess there are two sides to it: We are not doing the work in order to be acknowledged by some establishment or public institution. For us, it’s important that the people come. The artwork, as we consider it, happens when the audience is there, the artist is showing work, and we have a conversation. We are certainly not making any money from it, and it’s all self-exploitation. On the other hand: Of course it’s great when you get some extra acknowledgement from somewhere.

Is there pressure in the art world to put up a façade of success?
Adrian: I feel like we are pretty straightforward with disappointment. When we didn’t get the award, we told people that it upset us. I think it’s not something that needs to be hidden. But perhaps it also depends on who you talk to: We don’t necessarily move within the upper echelons of the art world; our community mostly consists of people with similar experiences of the art world, and so perhaps we feel safe enough not to put on an act here. 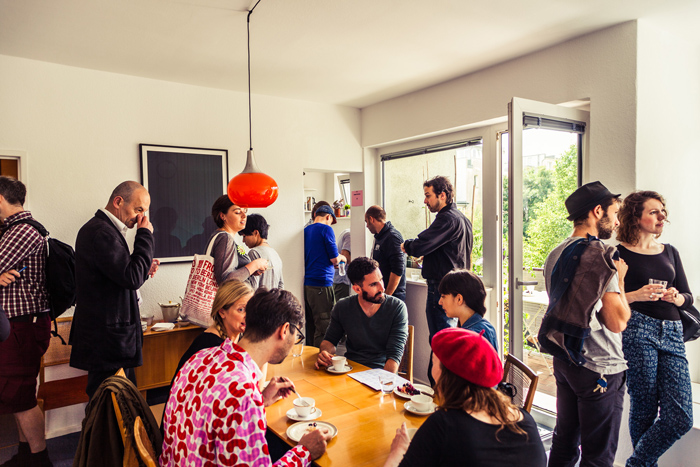 Doesn’t rejection sometimes leave you with a feeling of just being totally misunderstood and unheard?
Adrian: That happens, yes. We sometimes thought that maybe we don’t transmit our ideas properly, that maybe it’s based in communication. So actually, we have asked other people to give us feedback on that. We also thought that perhaps it’s got something to do with the fact that we fall between categories. Sonntag is a real hybrid; it’s private and public at the same time. And there’s the cake, of course, that almost bourgeois element. People just easily misread that – until they’ve actually come, that is.

April: Not only do they often not get it in the beginning. They don’t take it seriously. About 98% of the time, when I’m explaining the concept of Sonntag, and when I mention cake, they just laugh a little. And then I have to talk them through it.

Did the Project Space Award signal a change for you here?
April: Yes, because we did feel like we were under the radar before. People don’t really know enough about what we do.

Adrian: It did make us feel like: Okay, we do exist. And people take you more seriously. It’s a stamp of approval.

April: Which I also find very problematic: Again, why do you need that official acknowledgment just to show that your project is valid. We already knew that, within our community of people and artists, Sonntag had an affect. We’ve had impact on the participants and the people who follow us. That alone has been so satisfying and wonderful, it’s what made us keep going. Of course, you could always say that, since we didn’t get the award for so many years, we just convinced ourselves that we didn’t need it. But that’s really not the case. We were just getting so much from the project itself – and continue to do so.

So then perhaps, in the end, it won’t be such a big deal not to be part of the festival for one year?
Adrian: I guess for us it isn’t. (laughs) If we are not part of it, somebody else is and that might be a really interesting space.

April: It would be a very different feeling if we had applied a number of times and never gotten into the festival. That would be another thing altogether. But, as former participants, we feel part of that wider community of the festival. And it is important to be included in these things. I like the idea of the rotation, the idea of perhaps being part of it in the future again. And I’m also just really glad the festival is back – it’s such a great and important event in the city, to raise the profile of the artists and the spaces, adding that other layer to the city. It’s pretty special. And in the end, it’s not so much about not being included as it is about not feeling excluded.